RSS
← When in London, Do as an American…Sometimes
Houston, Hyatt, and A Woodford Manhattan →

Burnside Bourbon at Elliott’s in Seattle 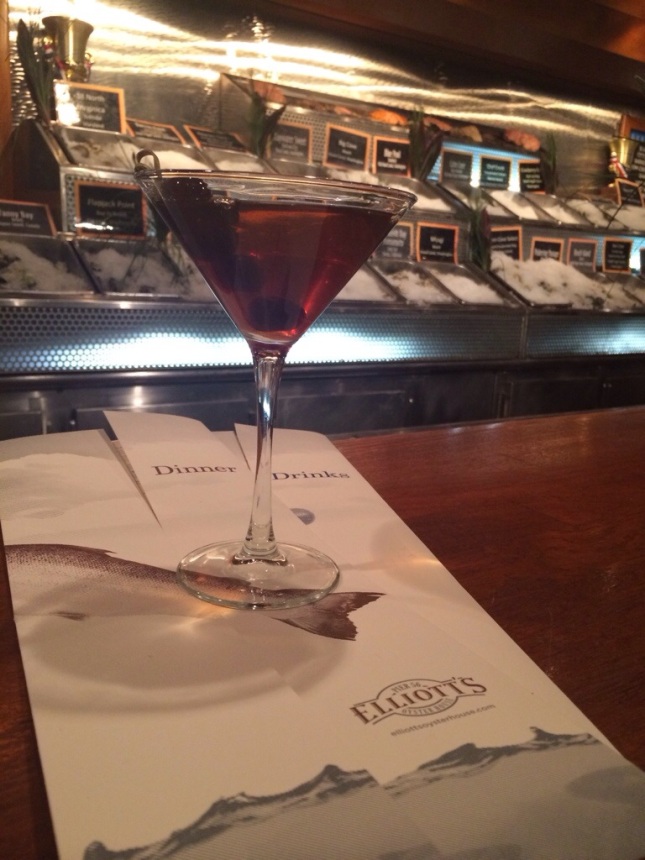 I happened to be lucky enough to be in Seattle on the day of the Seattle Seahawks Super Bowl Victory Parade. While admittedly I am not a Seahawks fan, I have to say it was cool being around so many festive and excited people.

I ended the day by going to Elliott’s Oyster House on Puget Sound, which has become my local favorite place. I ordered my Manhattan with Burnside Bourbon from Eastside Distillery in Portland, Oregon. It was one of the best Manhattans I’ve had in a long time. This is despite the fact that it had a little too much vermouth for my liking. The bourbon was excellent; velvety smooth, slightly smokey, spicy ( cinnamon perhaps?) and topped off with four submerged brandy infused cherries. Also, I noted that Burnside Bourbon is a little darker than most.

I am in bourbon drinking, seafood eating, Seattle hosted heaven.

Posted by mickcoconcarne on February 5, 2014 in Around the globe

← When in London, Do as an American…Sometimes
Houston, Hyatt, and A Woodford Manhattan →